Falafel is a deep-fried ball, or a flat or doughnut-shaped patty, made from ground chickpeas, fava beans, or both. Herbs, spices, and onion are commonly added to the dough. It is an Egyptian dish as well as a very famous, Middle Eastern dish, that most likely originated in Egypt.
The closest sibling to the Indian, Dal vada. 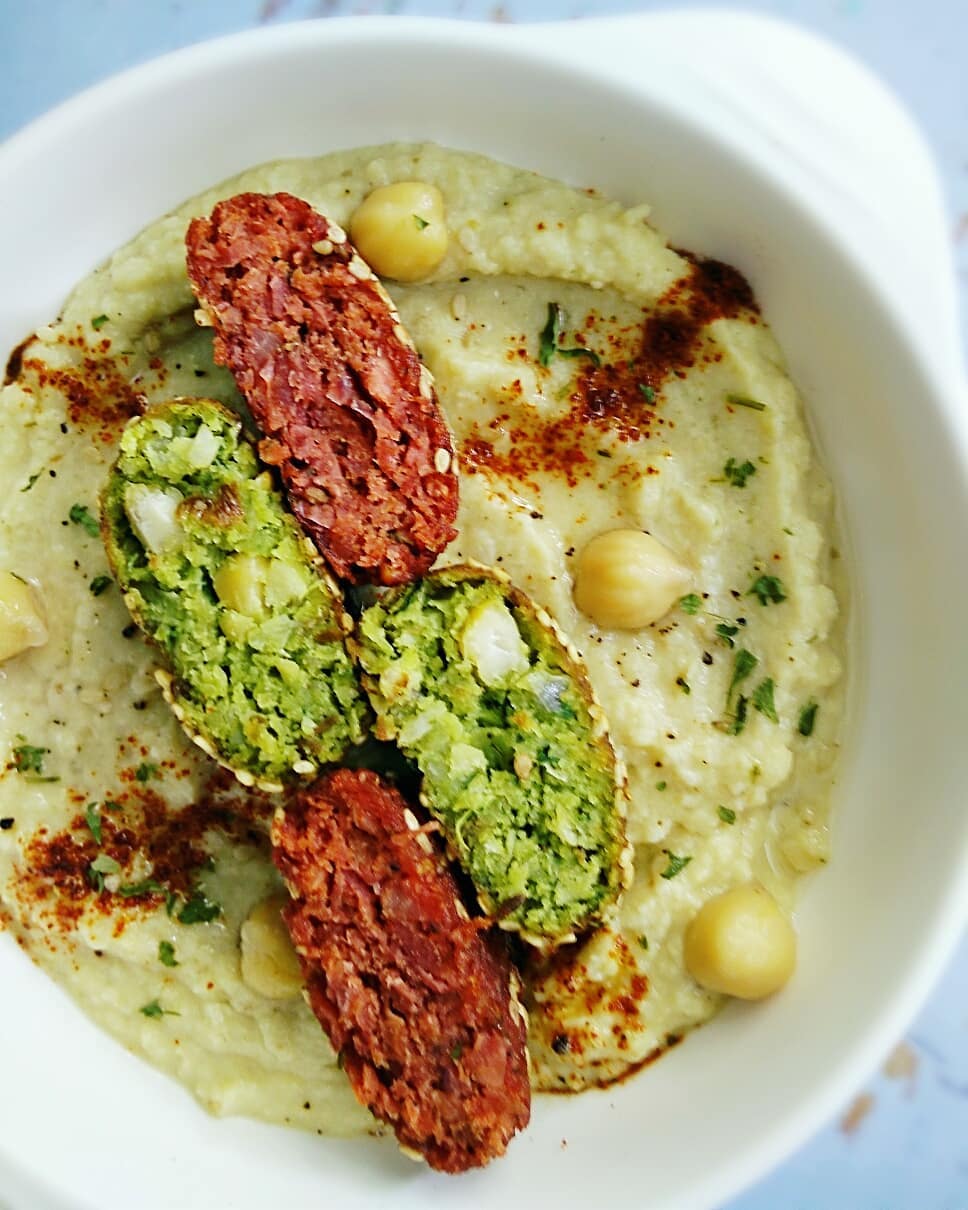 The word falafel may descend from the Arabic word falāfil, a plural of the word, fulfil meaning “pepper”. These fried vegetarian fritters are often served along with hummus and tahini sauce (Toasted sesame paste). Also served with toum, a Middle Eastern garlic sauce. According to The Encyclopedia of Jewish Food by Gil Marks, “The first known appearance of falafel in the Middle East appears to be in Egypt, where they were made from dried white fava beans (ful nabed) and called tamiya/ta-amia (from the Arabic for ‘nourishment’); these fritters were a light green color inside. 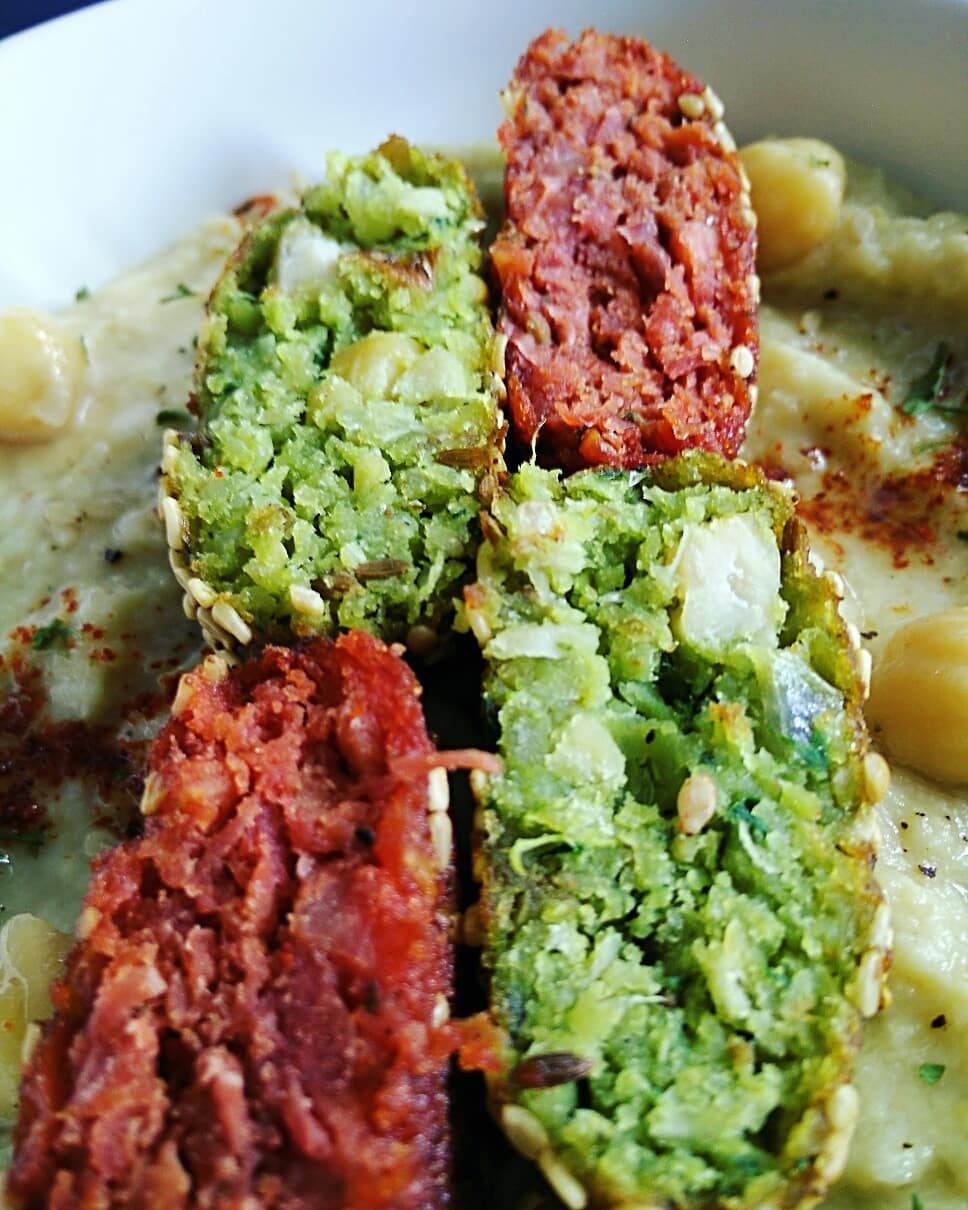 Hummus is a Levantine dip made from cooked, mashed chickpeas or other beans, blended with tahini, olive oil, lemon juice, salt, and garlic. It is popular in the Middle East and Mediterranean, as well as in Middle Eastern cuisine around the globe.

I’m the full time chef, a rookie food photographer and a part time blogger. I love whipping up culinary favourites from around the world using local ingredients as far as possible with few variations to the classic recipes. View all posts by Sanjeet Pandit